This online shop uses cookies to provide you with an optimal shopping experience. For example, session information or language settings are stored on your computer. Without cookies, the functionality of the online shop is limited. If you do not agree, please click here. OK, got it
Service
Company
Help & FAQ
Brands / Products
References

Minimum relies on storage racks and pallet racks from TOPREGAL

In addition to the existing stores in Berlin, the high-end furniture store minimum is expanding the logistics for the online shop and the Quick Ship warehouse. The core is an old brick hall on the Havel with storage racks and pallet racks from TOPREGAL.

The exclusiveness of the site and the history of the town are revealed to anyone who turns into Telegrafenweg by car in Berlin-Haselhorst. At the end of the street, directly on the Havel, lies the former Prussian powder factory. One inevitably reduces speed to allow the size of the 25,000 square metres of extensive grounds to take effect. The Berlin architect Ingo Pott markets the area as "Berlin's place for originals".

Consequently, minimum has also been present on site since 2013. In the warehouse of the former shipyard, the furniture design dealer in Premiumsegnet has rented an almost 600 square metre large and up to six metre high industrial hall made of brick. Originally, the hall was primarily used as a location for occasional sales campaigns. And as a warehouse for so-called "used products", i.e. exhibits. After all, the furniture and furnishings for the customer segment addressed by minimum are usually custom-made and unique items.

In the meantime, the minimum location on the Havel has been converted into a classic warehouse for new goods. The necessary storage racks and pallet racks are from TOPREGAL. "In addition to the comparatively low prices, we particularly liked the fact that concrete information for our rough calculation was stored on the TOPREGAL website", Thiemo Zielinski looks back. The 34-year-old e-commerce expert was thus able to determine how many storage shelves and pallet racks there is room for in the warehouse. With the proviso that only one electric ant was to be used instead of a forklift truck. In the end, three orders were placed for around 120 metres of pallet racks with a height of 4.5 metres and almost 40 metres of storage racks with a height of 2.5 metres.

"We at TOPREGAL focus on transparency in addition to low prices and safe racking systems. This also includes putting complete offers including accessories and assembly material for practically all possible shelf variants on the Internet," emphasises Timo Munz. The 31-year-old has been on field service for us between Emsland and Usedom since 2017. The fact that the native of Elmshorn has been working with upright profiles, shelf cross beams and field loads of storage racks / wide span racks & cantilever racks for more than ten years already becomes clear by listening to him. 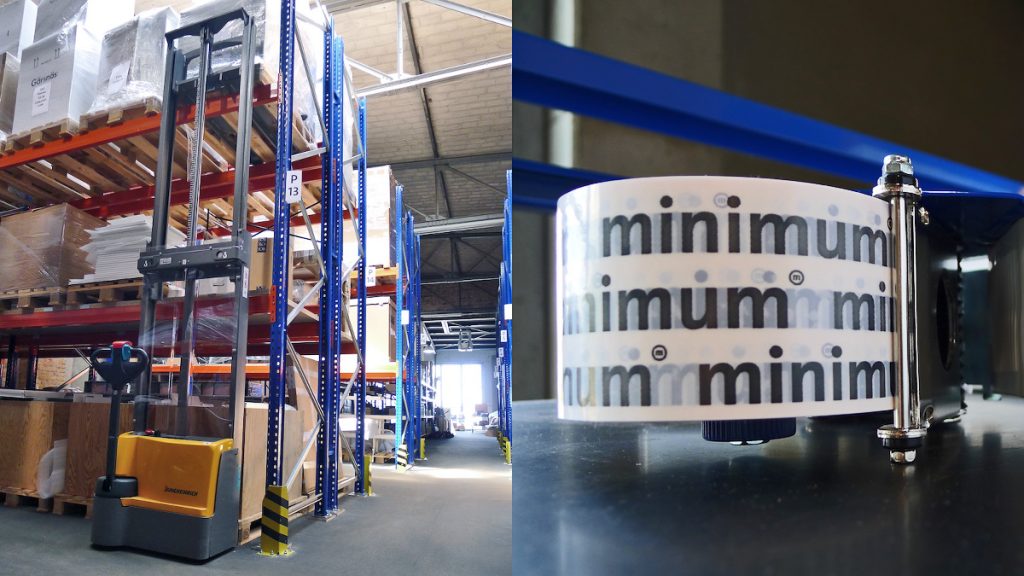 Should there be a need for further shelf capacity in the future, Timo Munz has already outlined various options: In order for the minimum to be able to use the maximum amount of standard space, it would be advisable to increase the distances between the rows of pallet racks to Drive-through racks ...to convert to a new function. On the other hand, however, it would be more promising and ultimately cheaper to create a Storage platform as a second level. This would also allow the entire height of the warehouse to be used optimally. 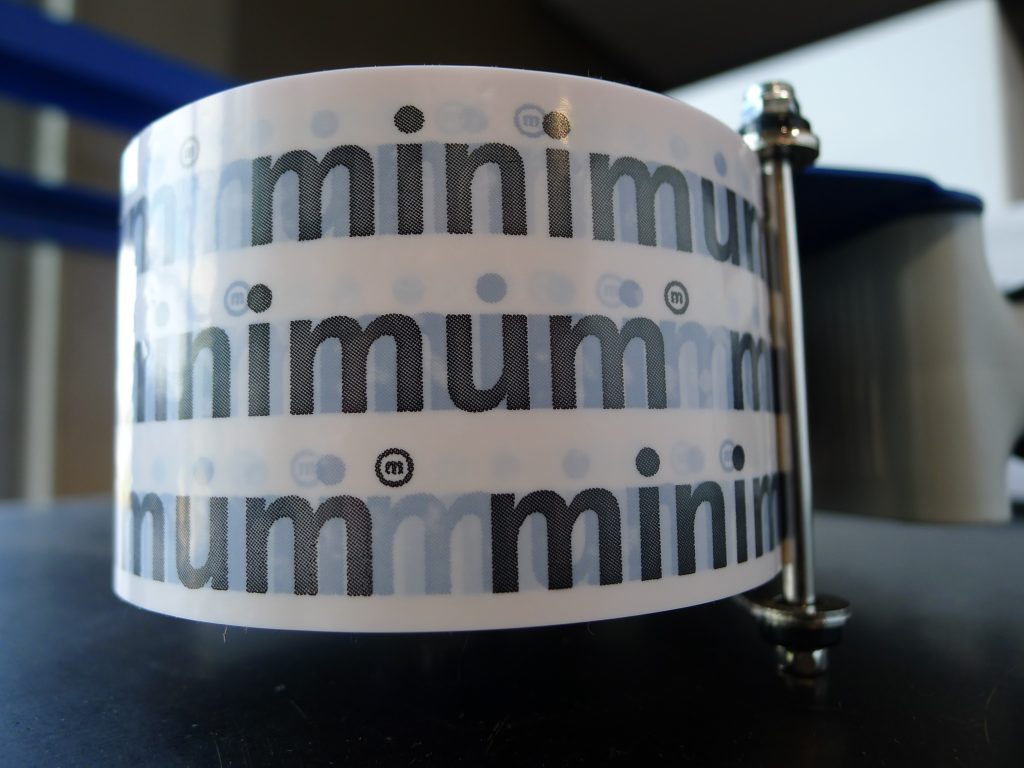 minimum uses the location in Berlin-Haselhorst for logistics and as a Quick Ship warehouse for particularly popular items. 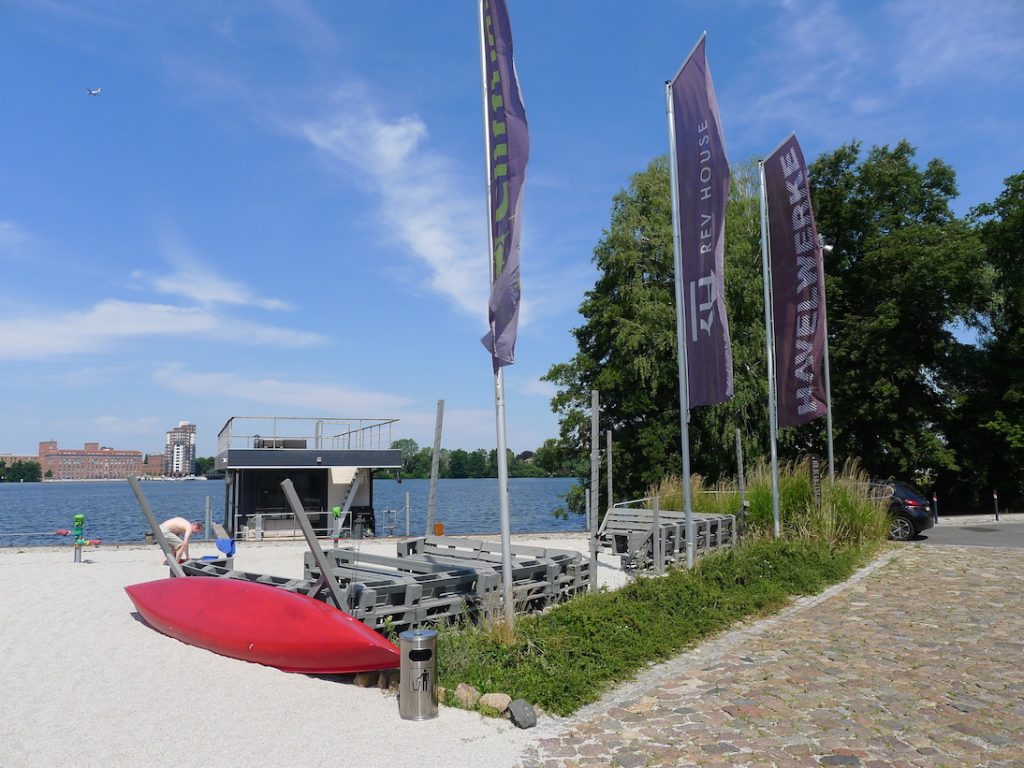 Berlin's place for originals: The former Prussian powder factory is located directly on the Havel in Berlin-Haselhorst 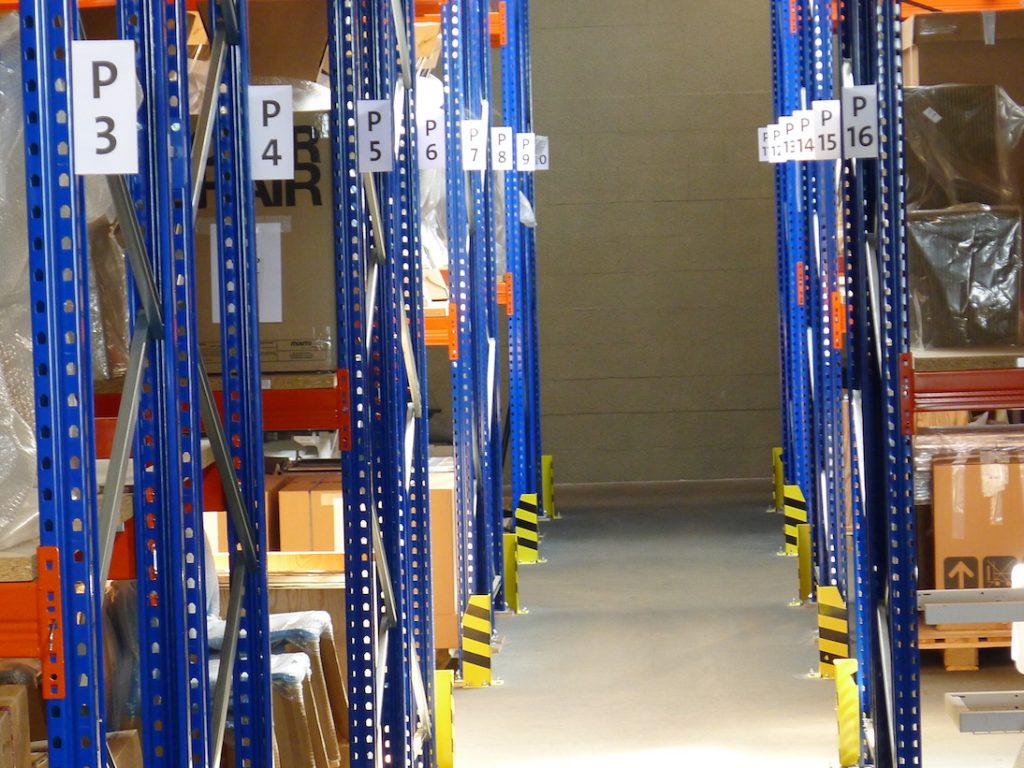 minimum has ordered around 120 metres of pallet racks and almost 40 metres of storage racks from TOPREGAL®. 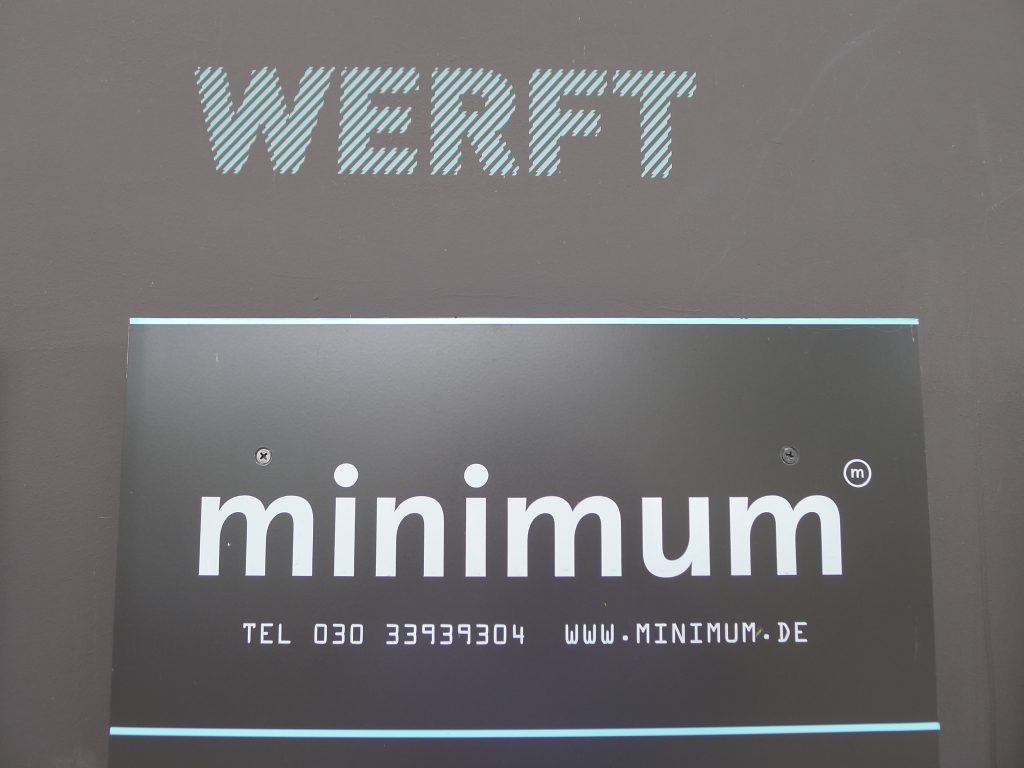 In the warehouse of the former shipyard, the furniture design dealer in the premium segment has rented an almost 600 square metre brick industrial hall.

minimum was founded in 1999 as a furniture and furnishing store for the premium segment in Berlin. In addition to the Stilwerk in Charlottenburg, minimum has three locations in Mitte and Kreuzberg in the capital. The brick hall of around 600 square metres on the site of the former Prussian powder factory in Berlin-Haselhorst is used for logistics and as a quick-ship warehouse for particularly popular articles. www.havelwerke.de www.minimum.de